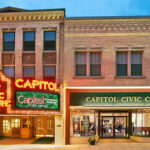 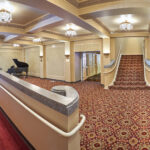 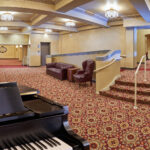 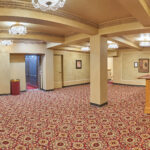 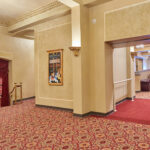 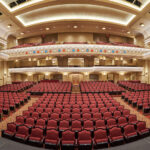 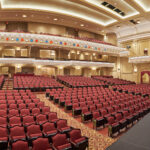 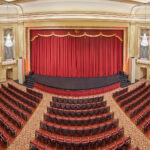 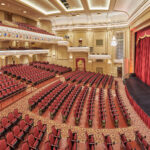 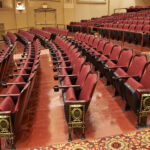 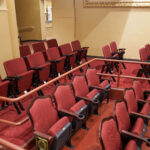 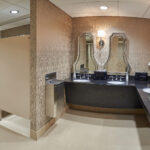 Construction of the Capitol Civic Centre was originally completed in the Summer of 1921, bearing the name Ascher Brother’s Capitol Theatre. The elegant theatre house opened to a night of highly anticipated vaudeville entertainment and drew crowds from both near and far. For decades to come, the theatre would bring popular acts to downtown Manitowoc, as well as host a local cooking school.

The building had seen a few renovations over the years and was mostly used as a movie house in the later half of the 20th century. In the late 1980s, a great deal of effort was put into purchasing the space from then owners, Marcus Corporation, and fundraising for the Campaign for the Capitol Civic Centre was underway. A massive renovation, coordinated with countless volunteer hours, took place in 1987, tackling much of the neglect and deterioration the theatre had experienced over the years.

The Act Two renovation campaign came about in 2017 with another fundraising effort, raising more than $3 million for further improvements. Abacus Architects was happy to help make the vision of the Capitol Foundation Board members a reality. Historic renovations are always a challenge, and this one was no different. These included the addition of a bar and expansion of the main grand lobby, a new lounge and bar space on the second floor, and the addition of restrooms on the second floor. New auditorium tiered seating, including wider seats, offers safety and added legroom. With these upgrades and the commitment to preserving integrity, the original elegance of the Capitol Civic Centre has been restored.