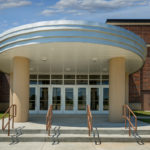 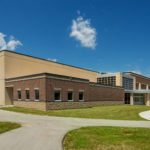 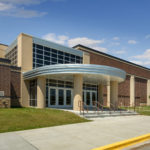 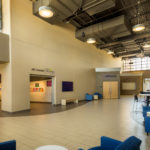 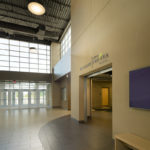 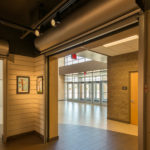 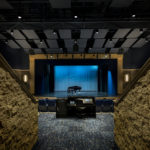 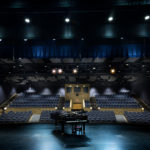 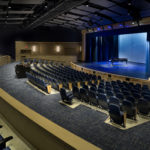 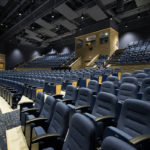 Initial construction of the Howards Grove School District’s high school was completed in 1994. It serves students in grades 9-12 in the Village of Howards Grove and the neighboring townships. While the original building phase did not include an Auditorium, it was always a part of their wish list.

Up until that point, students would hold their concerts at a nearby university or perform their plays and musicals on another high school’s stage. While the gym or other common areas might have been utilized, acoustics in those spaces were anything but ideal. As a result, in 2016, the district pushed for a $4.7 million referendum that would allow for the much-needed auditorium and lobby addition. Thankfully, it passed, and ground broke in the summer of 2017.

The auditorium comfortably seats 449 and has state-of the-art acoustics in place. The lobby allows for easy entering and exiting of each performance. The inclusion of an Art Gallery allows for patrons to gather and experience the featured artwork of the high school students under favorable lighting.

This addition has brought so much value to the Village of Howards Grove. It is home to the Howards Grove Center for the Performing Arts, bringing in entertainment for all to enjoy. In addition, the district is now able to host their own musical competitions and students no longer have to travel to give performances.