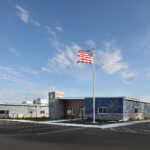 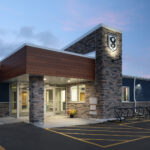 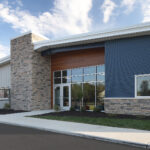 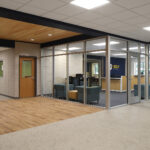 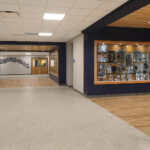 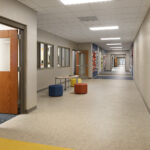 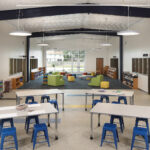 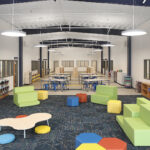 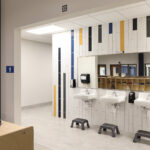 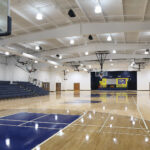 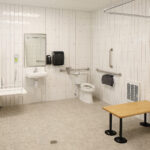 Sheboygan Christian Elementary School has a long history in the Sheboygan community, founded in 1898 by a small group of immigrants. In 1969, a group of parents founded Sheboygan County Christian High School, continuing a Christ-centered curriculum. With growing attendance numbers, the decision was made to merge these two campuses in 2015. Abacus Architects was contacted to help work through this physical  consolidation, providing a master plan, civil engineering and interior design.

There were two options on the table for the board of trustees and the administrators. The first was relocating the elementary school to an existing undeveloped plot of land and building a new K-8 facility. The second was working with the original high school structure in its current location and moving the elementary school, creating a 3K-12 campus. Abacus gave them designs for both approaches, helping them weigh the pros and cons for each. They chose to stay where the high school was established on Sheboygan’s South Side, and construction on the new Sheboygan Christian School began in 2020.

With the expansion, two elementary school pods were added, including colorful flex spaces and conveniently located bathrooms. An additional basketball court, stage and storage rooms were added to the existing gym’s footprint. A middle school shell was also added, with the intent to create a separate middle school pod down the road.