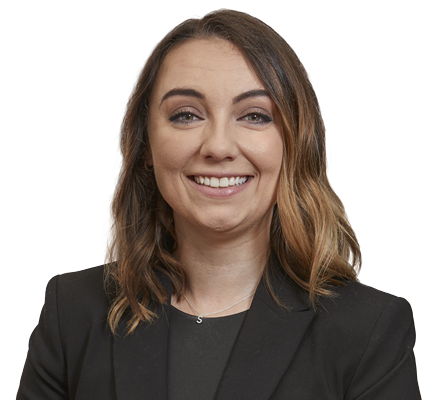 A freshman-level drafting class in high school turned into an interest in buildings—especially historic ones and how they were designed with the limited technology of their times. Then that turned into a wish to design her own home some day. But it wasn’t until Sydney took engineering as a senior that she became convinced architecture was her future. A native of Elkhorn, Sydney has been influenced by the architecture she saw on trips with her family to the West and South, especially Charleston, S.C. In architecture school she felt projects were the most impactful, particularly one she completed on Milwaukee’s Harbor District. It was during her final summer that she first became acquainted with Abacus as an intern. Her career aspirations tend towards design at this point, and orchestrating the flow of people and relationships within the building.

On working with her

“I’ve always been hard-working and patient, and a team player—that’s important in an office space. I’m able to put my head down, do the work, and ask questions when needed.”

On her favorite project

“My senior project for the Harbor District involved creating a really experiential space with different building ideas—a public library, apartments, some retail, and a harbor public market that would host events. I not only organized the types of buildings but also did the design.”

On her own time

“I’m into cross-fit, doing weight training and lifting. I recently took a class on architectural hand renderings, and have done some painting. Also, I enjoy spending time with family.”

“The firm’s strategic planning meeting every year is part of relational architecture, talking about goals and vision. It’s also a matter of being hard-working for the group and not myself, because that’s what everybody else is doing, too.”