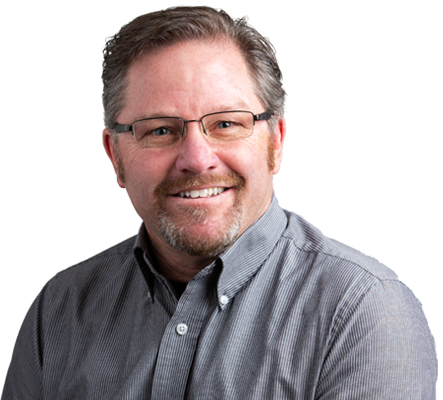 Thomas grew up in a family of general contractors going back in a straight line to his great grandfather, who came to Wisconsin from Germany in 1908. After starting work as a carpenter in his father’s and grandfather’s business, Thomas decided to pursue the architectural side of the field. Previously, he worked at another architectural firm in Sheboygan. Thomas is passionate about construction and enjoys mixing it up on-site with contractors and subcontractors. A long-time friend (and former competitor) of Robert Heimerl’s, Thomas joined Abacus to live closer to his parents. Thomas is driven by the goal of completing the ideal project, where all the drawings were perfect and the owner, subcontractors and all involved were totally happy. He’s gotten close a few times.

On working with him

“I try to be the guru between the people in the field and the designers at the office. The masons, the carpenters, the steelworkers on site–they have a lot of knowledge and input to share. I believe in earning their trust so we can figure out issues together.”

On his favorite project

“A larger high school project with a pool and state-of-the-art auditorium. Good drawings contributed to it coming in way under budget. Also, serving as the building and grounds inspector for a brand new high school–a 200,000 square-foot building in a green field.”

On his own time

“I’ve been involved with my church and served as the president of my lake association. I love motorcycles, especially my Harley Ultra Limited Low. I also enjoy fly fishing and slalom skiing.”

“Part of my job is to build relationships on the other side of the drawing board, in the field. Conflicts between architects and contractors are notorious, and I try to build good working relationships. We’re really interdependent; we’re contingent on each other.” 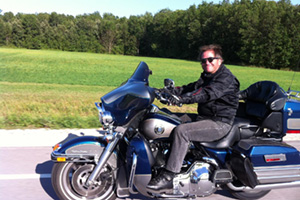 Enjoying time on the Harley 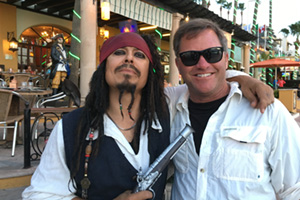 You never know who you'll meet in Cabo 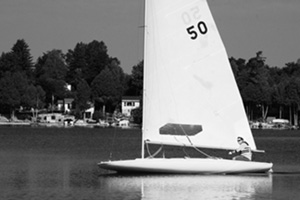 Lake life on the sail boat